Why Tennis is The Ace This Sydney Winter !

The sun is setting on another glorious summer of tennis in Sydney’s Eastern Suburbs …but it doesn’t mean you need to pull the doona over your head just yet. “Here are our tips for why tennis can still be the perfect sport for you in the cooler months”. [Click to Tweet] 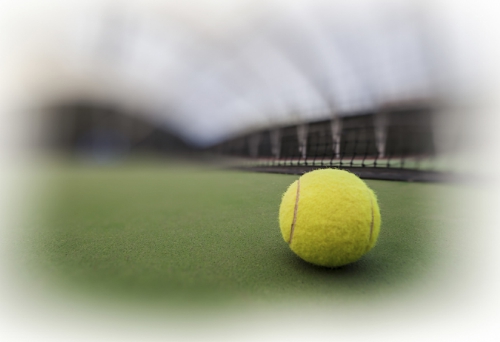 The mornings may be frostier than what you’re used to, but it means that hitting the courts on a bright and beautiful day will be just right. For the first time in a long time, the sun won’t be your biggest opponent.

Still practising sun safety, you won’t waste precious court hire time slapping on too many layers of sunscreen before your match.

Winter is the perfect time to book a mid-week hit with your mates to work up a sweat…without sharing too much when you come to the net for the handshake.

It’s hard to get motivated to get outside when it’s freezing cold but there could be worse places to spend a Sydney winter day than on a beautifully located tennis court right?

Once you’re in a routine, you’ll be lacing up your tennis shoes, donning that sweatband and preparing your best game face! No amount of hot chocolate can warm you up and make you forget the winter blues when Coach Eti tells you how much your serve has improved!

3. It gives the kids something to do

Keeping the kids entertained during winter is hard enough. So rather than keeping them inside watching another re-run of Frozen, get them equipped with some wicked hand-eye coordination skills instead!

They’ll learn a new sport, make some new friends and if they do it right – they’ll be all tuckered out and will go to bed on time. Plus, it gives the Mums out there the chance to enjoy their lattes in peace while the kids are learning how to become the next Serena Williams or Novak Djokovic.

4. You’ll be inspired by the English Summer

While you’re up all night watching Lleyton Hewitt aim for glory in his last Wimbledon appearance, take the chance to be inspired for your next display on the tennis courts.

The Championships may seem far away but you too can be playing like a winner on our brand new synthetic grass courts.

Roger Federer may have eight Wimbledon titles but that’s nothing on our BOOKING SYSTEM. Conveniently accessible 24 hours a day, there’s simply no excuse not to book your comeback to the game with us.

The sun may disappear a lot earlier in the winter months but we stay open long after those final rays have gone over the horizon.

Our courts, in Sydney’s beautiful Eastern Suburbs, are fully floodlit providing you with ample light to continue working on that backhand long into the night.

Why not join one of our Group Coaching Sessions to improve your skills? By next Summer, your friends will be begging to know your secret!

BOOK FOR A COACHING CLASS NOW!

Stay up-to-date on our latest offers

Subscribe to our FREE newsletter. You may unsubscribe at anytime should you no longer wish to receive emails from us.